Fall is here. It’s time to dig your hoodies out of the closet and put away the flipflops. But keep your longneck beer koozies handy. It’s prime season for enjoying cooler temperatures on your porch with a bottle of fall beer in your hand.

Fall usually means saying so-long to lighter summery flavors in exchange for beers with a touch more malt backbone. This season, brewers design beers to connect you to favorite fall experiences, like the smell of pumpkin desserts in the oven, plucking apples straight from the tree at an orchard, and spending time outdoors on crisp fall days.

Right now, the beer aisles at the grocery store are bursting with Oktoberfests, pumpkin ales, and fresh hop beers (since late August through September is hop harvest time). Each of the 2020 fall beers on our list is offered in glass bottles – a win for experiencing the fresh, nostalgic flavors of the season.

Pumpkin-flavored everything is ubiquitous in 2020 (did you see these running shoes inspired by PSL?!). But Harpoon Brewing’s Dunkin’ Pumpkin Ale is a fall beer we can’t wait to get our hands on. It’s a coffee beer made with real pumpkin and pumpkin pie spices, inspired by Dunkin’ Donuts fall coffee flavors.

Oregon’s beachside Pelican Brewery ushers in fall with Bronze God, a Märzen-style lager beer. Bronze God has a brilliant bronze color and rich toasted malt character. It also has a great story behind it! Pelican Head Brewer Jason Schlebach created the original recipe in his homebrew kitchen as the beer to serve at his wedding. We’ll raise our glass to that!

Oregon’s pFriem brews an Oktoberfest that leans into tradition. It’s malty and easy to drink with notes of honey, sourdough, and white grape. When you hold a bottle of it in your hands, you’ll feel transported to the major festival in Germany – even if you’re just enjoying it in your backyard.

Shiner Oktoberfest comes from 111-year-old Spoetzl Brewery in Texas. Brewmaster Jimmy Mauric says brewing this fall favorite style is connected to the brewery’s roots: “Tradition runs deep into our German and Czech heritage. Our Shiner Oktoberfest fits right into that deep tradition.” The beer features rich malty aroma and sweetness with a dry finish. “This is just a great old fashion Märzen Style Oktoberfest that represents our German roots and our long history of brewing,” Mauric explains.

You can say Pumking is a staple pumpkin ale in the American craft beer scene, but that’s almost not giving it all the street cred this well-known fall beer deserves. It’s essentially pumpkin pie in a glass and the brewery says it represents their passion for exploring flavors. When beer lovers spy Pumking in the beer aisle, it’s an instant sign that fall is near. As the brewery likes to say: Long Live the King!

Festbier was one of the three original Victory beers when the Pennsylvania brewery opened in 1996. Co-Founder Bill Covaleski says, “We love brewing it for three reasons. First, it is a great representation of Oktoberfest lagers we can recall from our past, as the Munich versions served at the festival have moved lighter in color and body. Secondly, it has been a favorite of our customers for 24 years. They can’t live without it! Lastly, it is really a superbly food-friendly brew.”

You can create the elevated brewpub beer and food pairing experience in your own home this fall. Oktoberfest beers match beautifully with savory foods, think kielbasa or grilled pork tacos.

No matter which fall beer you’re bringing to the table, remember that glass bottles also pair best with beer. Glass doesn’t interact with the contents it protects, which means glass bottles deliver the purest drinking experience. The fall beers you love will taste crisp and clean, just how the brewer intended, when you choose beer in glass. 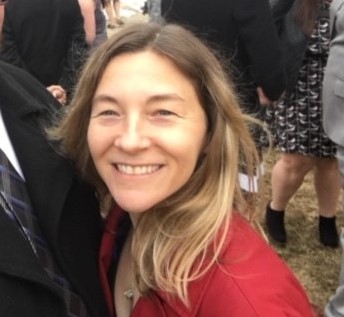 Jess is content strategist at O-I Glass. If you’ve seen her work with The Weather Channel, weather.com, and CraftBeer.com, you know she loves telling a good story. She’s a runner, a craft brewery lover, a mom, and a die-hard Springsteen fan. Baker Jess
We use cookies, and other third-party tracking technologies like Google Analytics, to collect information about our website’s performance to help continuously improve it. By clicking ‘Agree,’ you agree to the uses of these cookies and tracking technologies. Please click HERE for more information about our Privacy Policy.